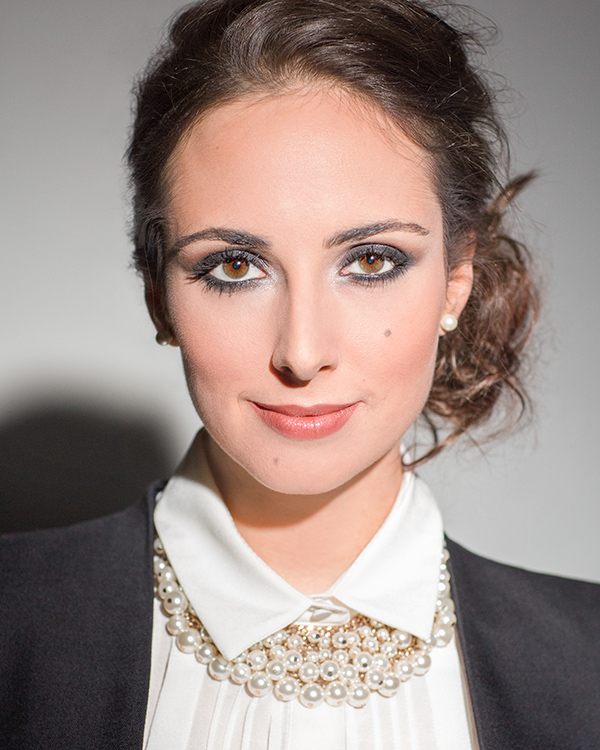 Hailed by the Financial Times for her “easy flexibility, arresting poise and enveloping warmth,” Cecelia Hall has appeared since 2014 in leading roles on many of the world’s finest stages, including The Metropolitan Opera, Santa Fe Opera, Lyric Opera of Chicago, Canadian Opera Company, Opera Philadelphia, Munich’s Bayerische Staatsoper and Oper Frankfurt, where she is currently a member of the ensemble.

In the 2021-2022 season, Cecelia made an acclaimed debut as Romeo in Bellini’s I Capuleti e i Montecchi in a new production directed by James Darrah and conducted by Christopher Allen at Opera Omaha. Kevin Hanrahan of Opera News wrote, “It was Cecelia Hall who outshone them all as Romeo. The dynamic flexibility with which Hall sang, shaping every phrase with dramatic intention, was a delightful example of bel canto singing.” At Oper Frankfurt that season she performed Mercèdes Carmen, Dorabella Così fan tutte, Dido Dido and Aeneas, Pippo La Gazza Ladra as well as Dimitri Fedora. Other highlights included a concert performance of Second Lady Die Zauberflöte at the Tchaikowsky Concert Hall with the Moscow Philharmonic Orchestra cond. Christopher Moulds and her debut at Opera Holland Park in the title role of Handel’s Xerxes.

As was true across our industry, the period of 2020-2021 was marked by many cancellations for Cecelia, including returns to the Canadian Opera Company and Carnegie Hall, debuts in Québec and Detroit, and her role debut as Octavian Der Rosenkavalier in Frankfurt. Happily, Oper Frankfurt still saw her debut the title role Xerxes, conducted by Roland Böer, and reprise Cherubino in Caterina Panti Liberovici’s production of Le Nozze di Figaro with Finnigan Downie Dear. Further performances included Mozart’s Requiem with Thomas Guggeis and a Love Songs Livestream recital with Samuel Levine and Anne Larlee.

An alumna of the Lyric Opera of Chicago’s Ryan Opera Center, Cecelia received much critical acclaim for her turn there as Annio La Clemenza di Tito with Sir Andrew Davis and David McVicar and for her performance in the title-role of Handel’s Teseo at Chicago Opera Theater. As an alumna of the Metropolitan Opera’s Lindemann Young Artist Development Program, she has appeared at the Met as Javotte Manon and as Second Priestess Iphigénie en Tauride.

A noted recitalist, Cecelia has appeared several times at Carnegie Hall, in a Spotlight recital and gala with the Marilyn Horne Foundation and with Carnegie’s own Ensemble ACJW. In Frankfurt, she gave a much-lauded Liederabend with Hilko Dumno. As a Samling Artist, she sang in recital with Sir Thomas Allen and Malcolm Martineau at Wigmore Hall. Cecelia made her Mostly Mozart debut as the mezzo soloist in Mozart’s Mass in C minor and Requiem with Maestro Louis Langrée and appeared with the Bay Atlantic Symphony singing Les Nuits d’Eté.

An alumna of The Juilliard School and DePaul University, Cecelia is a recipient of a 2011 Sara Tucker Study Grant, a 2012 Brian Dickie Outstanding Young Singer Award, the 2013 Lynne Harvey Foundation Scholarship from the Musician’s Club of Women, and Third Prize from the 2013 Gerda Lissner Foundation.

Updated October 2022. This biography is valid for use until August 2023. For updated versions, please contact mary@wehmeyermanagement.com. This biography should not be edited without permission from Camilla Wehmeyer Management.